Greenhouse gas (GHG) emissions inventories support the work of the Climate Protection Program, established to pursue the City’s commitments to reducing the greenhouse gas emissions associated with its community-wide activities.

This page includes summary information and downloadable .pdf files of the Charlottesville greenhouse gas inventories and reports. Updates will be released periodically to track emissions and inform policy and program initiatives and strategies. 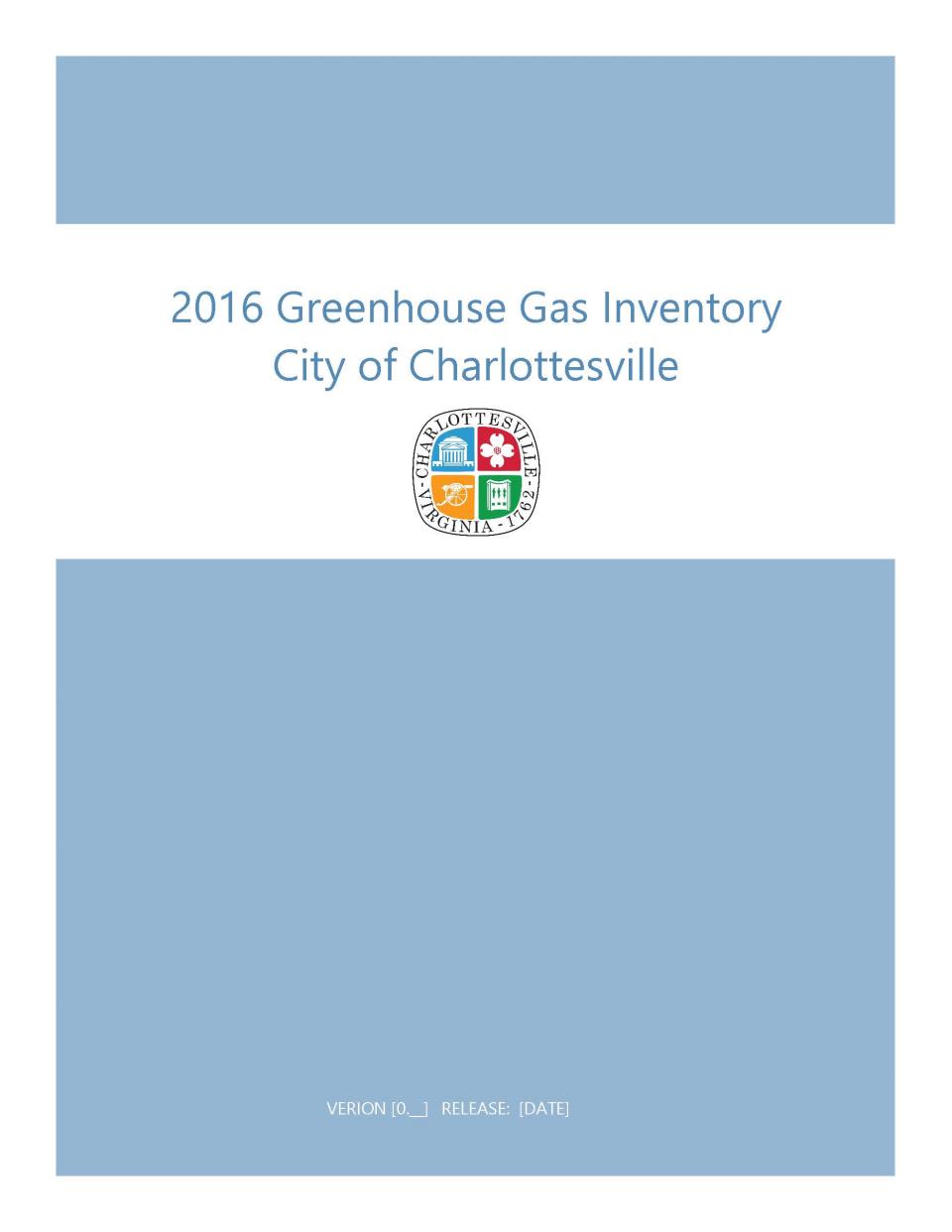 The 2016 Greenhouse Gas Inventory completes the requirements for Phase 1 of the Mitigation Track of the Global Covenant of Mayors commitment and was submitted via CDP, one of the approved reporting platforms, in its 2018 reporting cycle.

Per the Global Covenant of Mayors standards, the 2016 inventory was developed according to the Global Protocol for Community-Scale Greenhouse Gas Emissions Inventories (GPC). Previous City of Charlottesville inventories were developed according to the U.S. Community Protocols. While a majority of items were required by both protocol standards, there were some differences, such as in the water and wastewater sector. These differences have been noted where they appear.

Considering the upcoming phases of the Global Covenant of Mayors, this inventory document has been developed with the intent of providing data in a simple, clear format that can be utilized easily as an informational resource for analysis and community considerations regarding reduction commitments, reduction strategies and efforts, and resulting achievements. 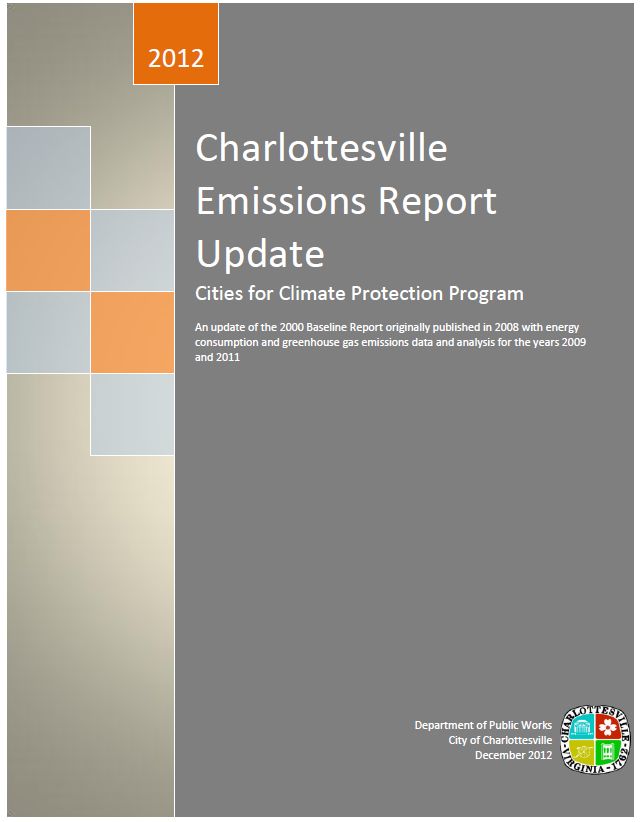 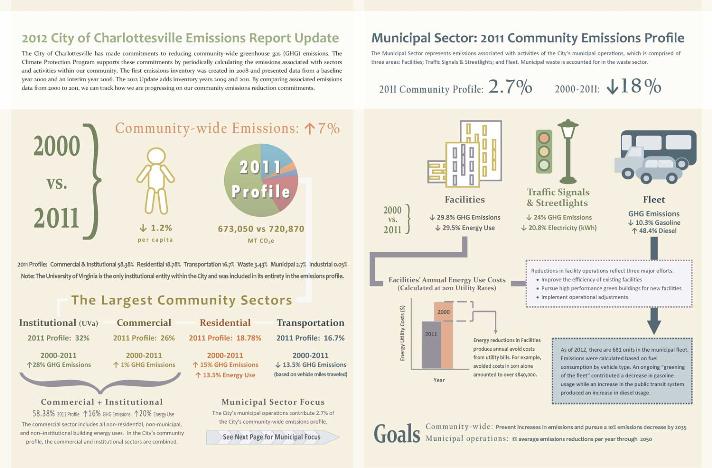 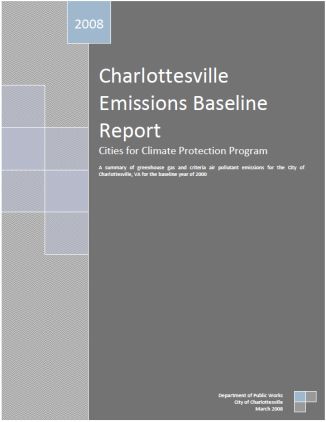 The Charlottesville Emissions Baseline Report was released in 2008 and includes data inventories from 2000 (Charlottesville’s first baseline inventory) and 2006.

Establishing a baseline enables us to set targets for reducing our emissions and our energy costs in the future. In the year of 2000, Charlottesville was responsible for nearly 900,000 tons of greenhouse gas emissions. That was enough for about 5 full hot air balloons per person!